We had dinner outside yesterday.

"What is this weird smell?" I asked while scrutinizing my food.

I was half expecting it would be from the salad that was served with the chicken. I sniffed the salad. The smell wasn't exactly there though but it still smelled weird.

"Must be from this salad," and continued "Smells like waste bin."

The Mister who was initially didn't give much attention to me finally responded.

"If you work in the kitchen, you can definitely be a chef with bad mouth," he said.

"You don't filter your words. They are all very direct," he explained.

Well, that stench smell did smell like it was from some smelly tong sampah. And I couldn't describe it better than being straight forward about it.

I have been told that a Sagittarian has very direct mouth and they could get into troubles for being too straight forward. I am aware of that . I sometimes do that and even though I have not gotten into serious troubles, some people tend to make a distance with me. I am not really bothered cos those who try to stay away from me are those I try to avoid being too close as well. And I have learned to control my straightforwardness when in public. So yes, I do bite my tongue most time.

I am glad that during those time I was being direct, I always find satisfaction in my act. Let me tell you a story of how being direct and spontaneous can lead to happy healthy feeling.

Once in Uni, I had a crush on a guy who resembles a Japanese actor whom I like. 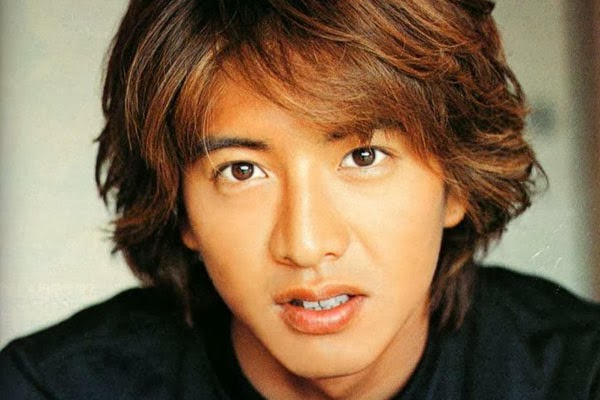 Two of my close friends knew about my crush and one of them had relaid my feeling to him without my consent. That made me more agitated whenever I see him around. I got nervous instantly at the sight of him. You know how one feels when she saw the one she admires, right? And most of all, I felt pressured to protect my feelings for him from being too obvious especially when my feelings was already discovered.

Long story short. One day when I was at the Uni's computer lab, I saw him coming and sitting just a few metres from where I sat. At that instant, I could feel my heart rate beating like mad. I was literally panting. Hot flushes in. I tried to concentrate with what I was doing. But every second I stared at the computer, I felt as if my heart was cheating on me by beating louder and louder. So loud, that it could have transmitted to that person I longed to talk with.

Why should I feel this way? He would have known how I feel by now. So it is no more a secret, right? You need to talk to him.

Talking to myself can sometimes help eases things out. Out of nowhere, courage empowered me.

Ok, let's do this Carol.

I stood up slowly. My gaze fixed on him. His eyes was still glued on the PC. I took a very deep breath and slowly made my way towards him.

" Hi Aru, what are you doing?"  Duh! What else would he be doing there staring at the computer, Carol?

He smiled and greeted me back.

I made myself sit next to him. Sensing that I was there to make a chat, he slowly turned the monitor towards me and showed some images he received via email. I looked at it and said, "Oh myyyy..." And, from that moment everything was blurry. Seriously.

I don't recall anything after that. Don't remember how long our chat took up. Or what else we talked about. Not even remember how I ended the chat. I really DO NOT remember anything!

You may say I am bluffing that I don't remember a thing. But this I have to say, I was too caught up having too much endorphins pumped to my brain that I was over the moon and wish to stay there for a long while. Ha!

But of course i remember getting back to my seat later on and a while after that, found him to be nowhere in sight anymore. LOL! He must have been terrified with my presence that he made a quick exit from the lab.

Anyways, as much as the brief chat up looked like an embarrassment to me...I felt really good after that. I felt much relieved that I no longer have to keep this secret. I felt good that I somehow realized what this feeling I felt was about. I felt good that after a short conversation I was able to discover that all I wanted was to get close to him. To talk to him like normal friends would do. I no longer have to pretend that he doesn't know my feelings. And most important, I felt relieved that I know how to response to his presence every time I bumped on him. No, it did not end with happy note. Nor it ended sad either. We just carried on with our lives. I with mine and him with his.

The pressure to keep my feelings in the dark had eventually gotten out. I felt way happier and I no longer look at him at the corner of my eyes. Instead, I was able to smile to him albeit coyly whenever we met.

Where is Aru now?
I don't know. But I wish him a happy life.

My point is, should I still keep my feelings hidden from him. I could ended up bitter until now. I would still think of him often and feel incomplete, hang and unanswered.

So yes, being direct (in my case, action) is not that bad. You just need to be prepared of the consequences. Just like any other actions we take in life. Cos being happy is a choice.

P/S : Speaking of crush, I have a new celebrity crush. And I don't always fall for Korean guys knowing Koreans and their love for plastic surgery and such. But this one is exceptional.  ^_^ 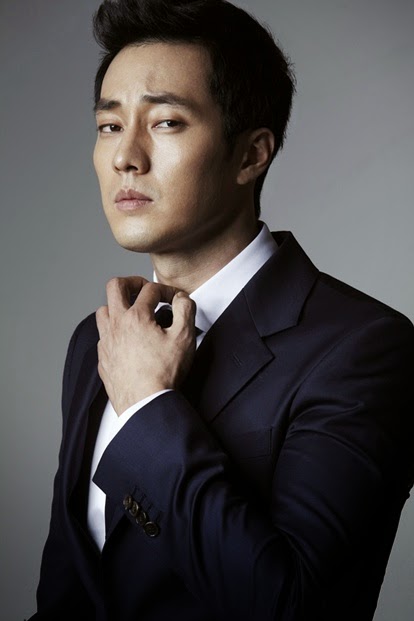 I am still here. Still blog hopping whenever possible. Still browsing my blog once in a while. Just no intention to post anything. Life has been pretty busy on my other social networking sites i.e. Facebook, Instagram. Hence, the lack attention in here.

42 days had passed since New Year and proud to say that, I have not been sleeping past 9am anymore. On working days, it's inevitable to wake up at 5am because of work. But on weekends, it would be 6am. Why? 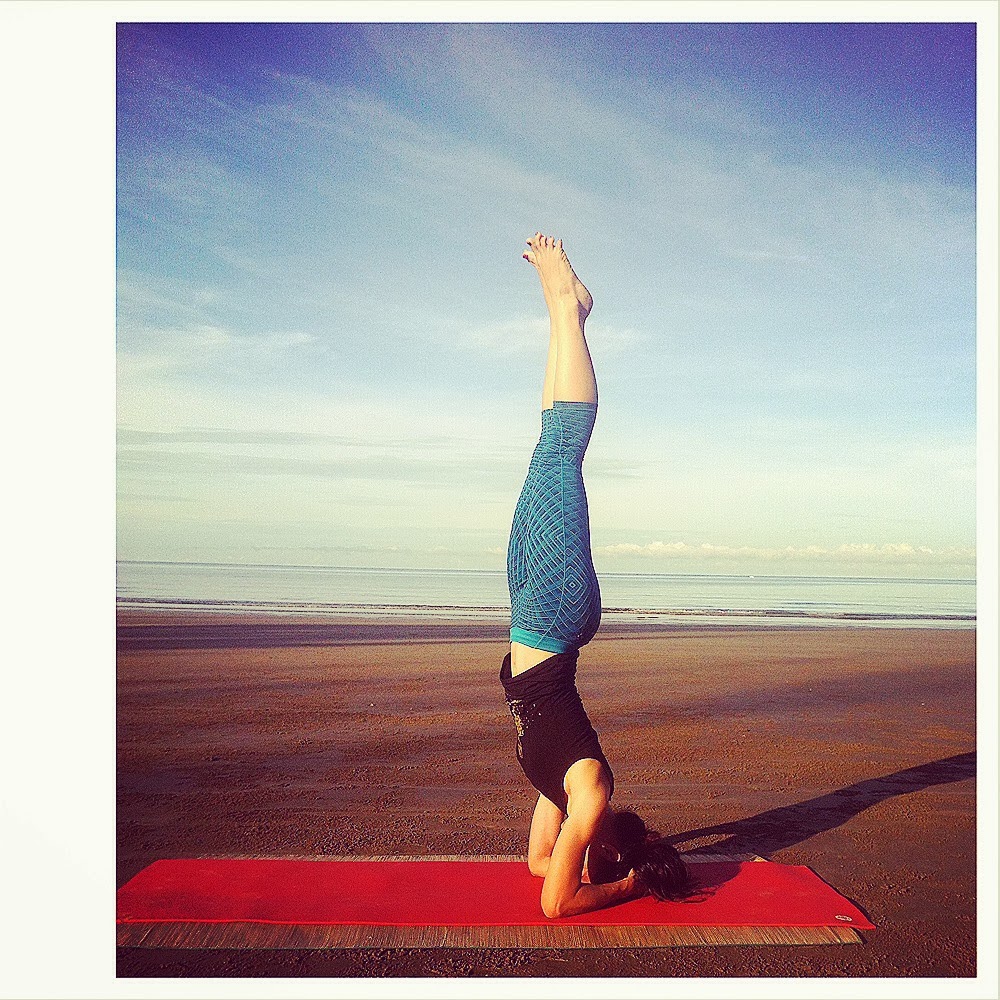 My first Yoga at the beach on the first Saturday of 2014.

If it isn't Yoga, I would turn to running to get my ass up in the morning.

I say, this is a different start to my 2014. Before, I always look forward weekends to wake up after 8am. Now, even though I am still depending on alarm clock, waking up isn't much of a problem anymore. Of course, there are times when I feel like cuddling under the blanket. Like those time in Jan when rain continuously pouring night and day. But, the thought of 'If I wake up late, I'll miss my morning yoga session' kind of bugged me.

And why do I love morning work out?

I've ran and do yoga in the evening. Most of the time actually. But, nothing beats the feeling of having to see the sun goes up while you run. Or doing the Downward Dog while listening to birds coming out of their nests. The quietness of morning before it turns to buzz due to day time activities. It just feel so refreshingly amazing.

The great post-work out sensation plus the wonderful experience of nature very much affect my soul, my perception of life and how I would live it. This may sound cliche but yes, this whole working out thingy makes me feel content about living my life. I remember blogging about this end of last year; feeling unfinished. Somehow, the blockage that I was experiencing at that time kind of drifted away now. I feel... cleared.

Another great thing, my other half is on the bandwagon as well. And really determined about it too. He started his gym routine in Jan at 95kg. Fast forward a month and almost half, he is now 87kg. Almost 10kg! He is very disciplined on his work out regime that I am expecting he would soon turn to a work out junkie more than I.


So yeah... this year seems to be looking at fitness and health in our book in the hope that with such healthy life style will eventually bring more goodness and benefits into our lives. Whatever they are.

A toast to a healthy way of living!

Growing up, I do not have much memories of wanting or loving books. I don't even remember being a young reader, passionate about books....

chegu carol
Not your ordinary teacher...