Oh wait. This mama has been talking about her almost every day, I'm sure almost all you friends know her by now. Ha!

Anyways, fast forward eight months. Our baby who is a cleft baby had just gone through her first cleft surgery; lip repair. It was devastating to see her in pain post-surgery. But this is for her future best.

Cleft lip and cleft palate are facial and oral malformations that occur very early in pregnancy, while the baby is developing inside the mother. Clefting results when there is not enough tissue in the mouth or lip area, and the tissue that is available does not join together properly. - WebMD


Dealing with both cleft lip and palate baby is tough, especially the first 6 months of her life. I remember how nervous I was when the doctor told me to hold my baby and feed her with a special bottle given by the hospital. I wasn't sure how but eventually, my motherly instinct kicked in (Thank God) and I was able to make myself and Ticia comfortable while feeding time. Fortunately, Ticia isn't that much of a fussy cleft baby. I mean, it was difficult and challenging but our baby somehow understood her condition. She coped faster with her feeding style, learned how to manage herself quicker than we thought she could. In fact, I think Leticia is growing faster than she is supposed to!

Being parents, and mother at very late age, 38 if you are wondering, somehow helps me personally to deal with an infant in calm and collected manner. Not that I say, I am good at controlling my emotions and all. But yeah, I think both husband and I have been doing quite well raising this baby so far, a clefty some more. Of course, there were nights when I got stressed out of my baby uncontrollable crying that I cried myself. However, these crying moments made me even stronger. I realized that I do have this point in life that I would stumble and kneel on my knee gasping for help. While sometimes help from others maybe unlikely, help from within myself is what matter the most. Cos, I need to have this help that surge from within me so I can help my crying child. This help that transpire into strength. Strength to collect myself and put into one piece. To be strong dealing with this small part of challenges in our life.

Yes, having a child is tough. But not having them (when you already have them) is even tougher. Leticia's presence has put a new meaning in our marriage. In me, personally. And I believe, most parents understand this new meaning I'm referring to.

I can go on and on and on about being new parents and the joy it brings. But, I have captioned them (well) a lot on my Instagram. Most of you would know my sentiments.

So, enough ramblings and toast to being parents and raising a child!

Some photos from the before and after Leticia's lip repair. 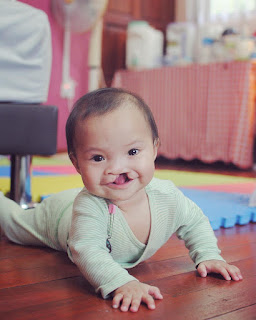 I took this photo few days before her surgery cos I know, even when I really wants her lip fixed, deep down I will always miss her wide cheerful smile.


Admitted to the ward. 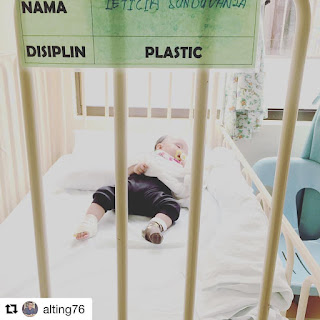 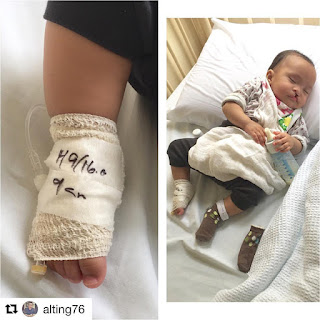 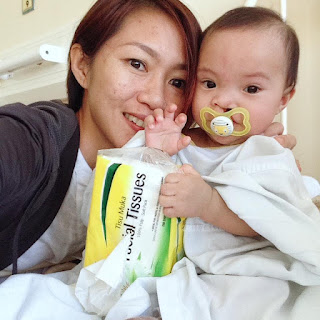 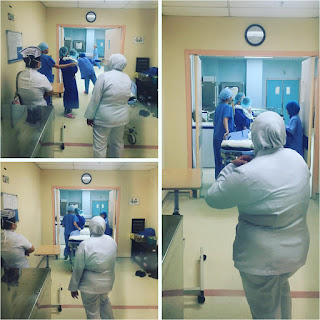 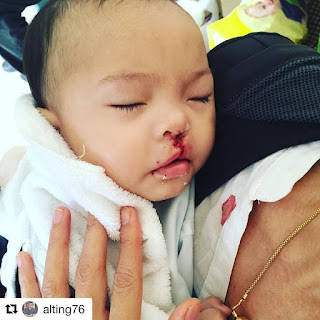 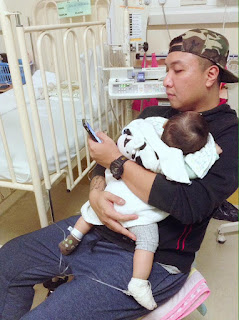 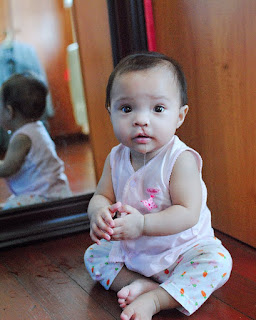 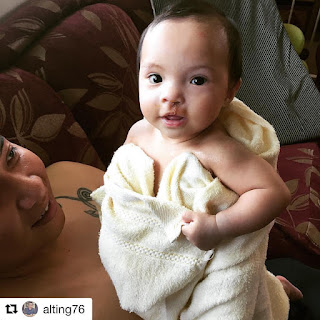 Her surgery went well. She is still recovering though. Yet already back to her cheerful self. That's our baby. Our Leticia Sunduvanza.

Before anything, let me just get this straight. Our result for second attempt on IVF is another Big Fat Negative.

On this entry and after taking a long time deciding whether I should post this or not, I am delighted to share this experience to the public. So much so because I know that there are women out there who are searching for such information either to help them with their own IVF experience or like me, to cope with negative result. And this post is also dedicated to Gunaqz.

After the first failed IVF, we went to have a post-consultation at the hospital. I read as much as I can to prepare myself with questions as to why this attempt had failed. Nevertheless, I was made to be cleared that my unsuccessful try was just another unexplained infertility; God's will.

By that time, both DH and I were ready to go for a second try. My medication was changed and the process was rather troublesome to me at first.

Day 1
First day of Puregon injection (300iu) and Humog injection (150iu)
Instead of a pre-filled injection pen like the first time, I was to prepare the syringe for injection myself. It was a sloppy job I did on first day. I kept referring to the Internet on how to suck liquid in and out of a bottle using the syringe. Begini lah bah kalau bukan nurse. Ha! I think I wasted quite some medicine on the first day. And I was late for work because of my sloppiness.

Day 2 -5
I was still sloppy on the second and third day but got slightly better the day onward. However, injection pain was pretty intense than the first IVF due to the size of the syringe and the fact that I had to inject twice on the stomach every day.

Day 6
First ultrasound to check on the follicles development. It was not a great development though as my body was responding low to the current medicines which was kind of weird according to Dr H since the medicine was more stronger than the previous one. But he was hopeful that my follicles would show something on my second scan.

Day 7 - 8
Continued with the Puregon and Humog injections, plus an Olgalutran injection. So that makes three injections every morning. I had some help from DH with the injections and boy, he can be a shrink himself. A case of too much House he claimed. I even made him recorded my injection process.

Day 9
Second ultrasound. Follicles were developing accordingly although not as many as we would have expected. Still, Dr H was hopeful we could at least retrieve a few eggs on retrieval day.

Day 10 - 11
Puregon, Humog and Olgalutran continued as usual. On Day 11 at exactly 11pm as directed by Dr H, I had another injection; Ovidrel. An injection to trigger ovulation so that my eggs will be ready to be retrieved and fertilized with a sperm on a correct time.

Day 13
Oocyte Pick Up (eggs retrieval)
DH and I drove to the hospital as early as 7am. Got myself checked in and documented. At around 9, was wheeled to the OT. There were only two of us so the waiting time was relatively short. I was somehow subdued this time. Probably because I knew what would happen in the procedure. Putting me to sleep before the OPU was rather easy and felt some how good to be able to sleep and not felt anything. Best sleep ever. Ha!

Day 14
Started taking Crinone gel (to be inserted in the vagina) and Duphaston twice a day. The nurse called to notify me to come for the Embryo Transfer the day after. This made me happy cos this means I do have egg(s) that managed to be fertilized.

Day 15
Went to the hospital with DH. Only one egg managed to be fertilized and it was a Grade Two embryo. It was not a great thing to hear but we could only hope for the best. It felt good to have DH with me during the procedure. But we didn't get to properly see the embryo before it was transferred back to my uterus.

Day 16 -26
I was given a 5 days sick leave which I utilized fully. I felt rather calm this time compared to the first try. I was able to get through first week of the 2WW period without thinking much about the What Ifs. However, towards the few days before I was due to do pregnancy blood test, emotional roller coaster hit me. I couldn't help it. It was still an overwhelming experience.

Day 27
The Day! Went to the Health Lab to do the Beta HcG test.
Unfortunately, another BFN. IVF number two was another unsuccessful attempt. I cried as much as I could. Normal.

I have accepted that my time to get pregnant is not here yet. Yet, I am very sure of one thing. That I will be a mother. That I will have a child to call our own. That we will be good parents to this child. In His time.

Growing up, I do not have much memories of wanting or loving books. I don't even remember being a young reader, passionate about books....

chegu carol
Not your ordinary teacher...